Love Is Gone Away

by The Broadview Band 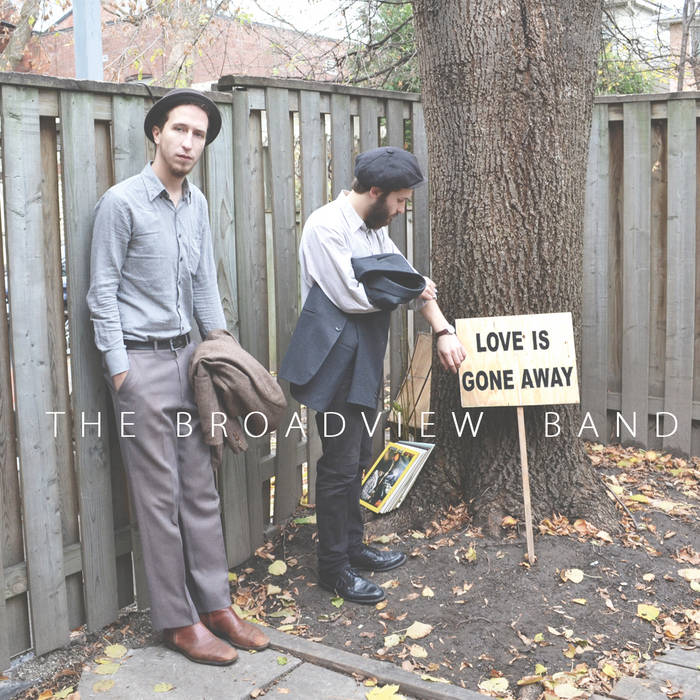 In February of 2012 the recording of a new collaborative record with Kaleb Hikele and Matt Powell started in a basement in Toronto's east end suburb of Riverdale. The album had a working title of ”With Soul”, with the intention of channeling original soul and blues tunes.

Home to Kaleb, "The Townhouse Recording Facility & Sound Studio” became the space for an album that would largely be multi-tracked by the two songwriters. Friends all around the city being invited to play as feature musicians for solos and background vocals for the soul, rhythm & blues songs that were part of the project.

If you’d like to see our documentation of studio pictures, evidence of the photoshoot, or read the full lyrics to the record, please visit: loveisgoneaway.tumblr.com

Thank you for listening.

All instruments performed by K. Hikele & M. Powell
with a little help from our friends:

'Love Is Gone Away', a soul & blues record presented to you by The Broadview Band.

Bandcamp Daily  your guide to the world of Bandcamp

Featuring interviews with the mighty Hiatus Kaiyote and genre-busting L'Rain.